A digital billboard has appeared on the side of Playa d’en Bossa’s Hard Rock Hotel in Ibiza that reads “Space Ibiza is Coming Soon.”

Before shutting its doors in 2016, Space was a massive nightclub located in Platja d’En Bossa. With a capacity of 5,000, the club was known for its large outdoor terrace. Other clubs in the area had to enclose their open-air areas due to noise complaints, making Space one of the few clubs with a truly open-air dancefloor. Carl Cox maintained a residency with the club for nearly fifteen years and produced the popular Music is Revolution event there.

Space Founder, Pepe Roselló, told Ibiza publication Periódico de Ibiza that a new “musical restaurant” reportedly called Space Sun Beach is opening in San Antonio. Back in May, Roselló spoke about another Space-related venue with publication Noudiari.es. It remains unclear if the two are related.

At the moment it is also unclear what this has to do with the Playa d’en Bossa billboard. Empresas Matutes, the company that owns the Hard Rock Hotel and Hï Ibiza, which sits on the former site of Space, has not commented.

Roselló and Empresas Matutes have been feuding since Matutes forced the closure of Space in 2016. As of now, it is unclear who actually owns the Space brand.

A picture of the billboard can be found below. 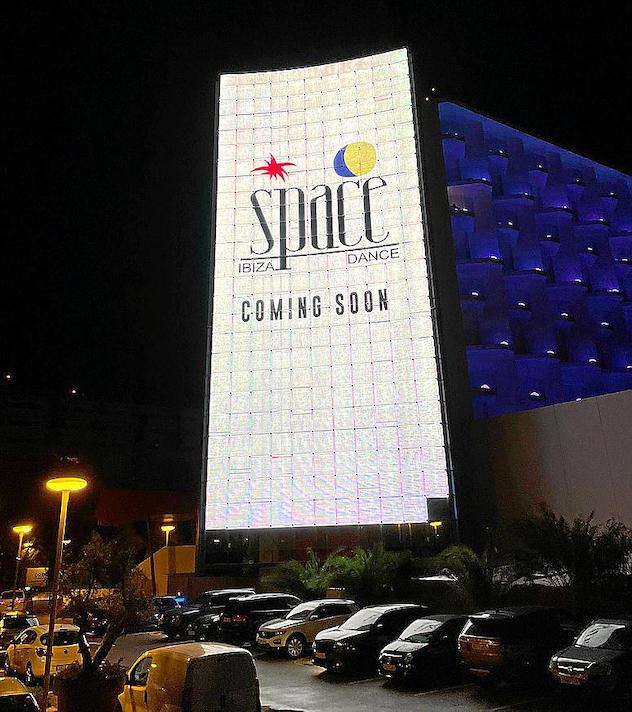