European public service channel Arte will host the stream. Since 1992, Arte’s mission has been to promote culturally significant French and German programming. 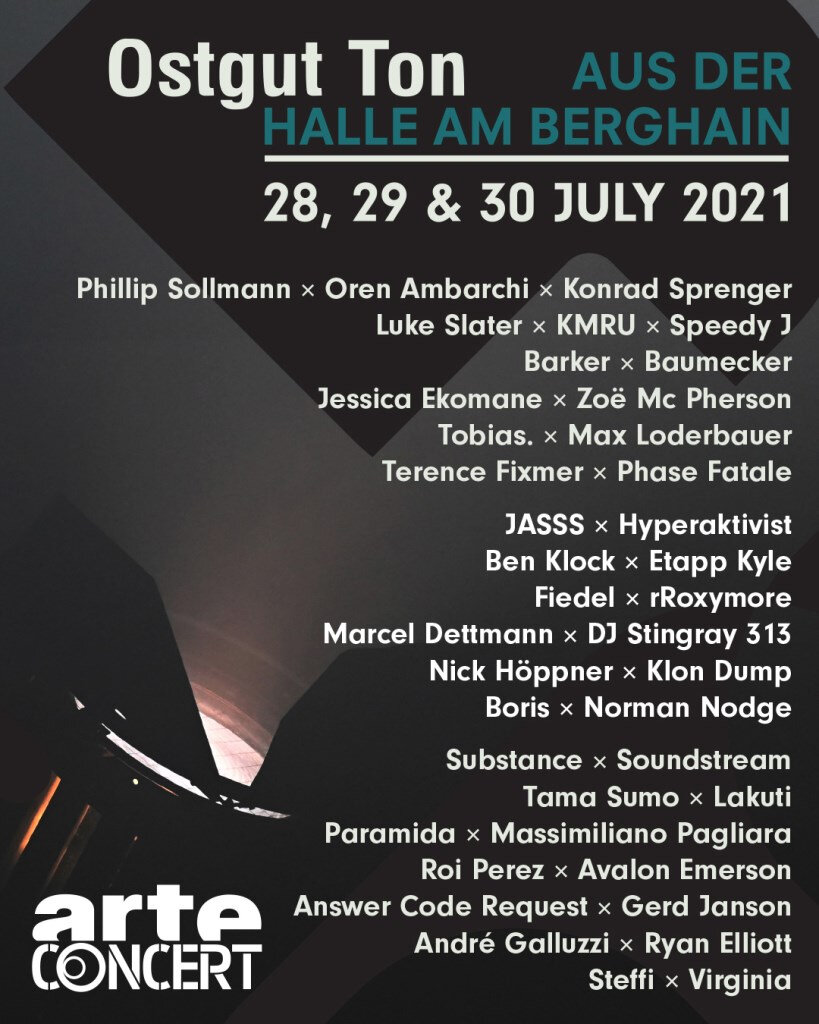 Founded in 2005 by Berghain resident DJ Nick Hoppner, Ostgut Ton specializes in experimental house and techno. The label’s trademark sound was birthed in Berghain’s Panorama Bar. One of the legendary club’s smaller areas, Panorama Bar encourages artists to explore their sound in an intimate setting.

Ostgut Ton originally had plans to celebrate its 15-year anniversary with a multi-city tour beginning on February 7th of last year. Multiple Ostgut Ton artists such as Answer Code Request and Ben Klock were on the lineup. COVID-19 restrictions forced organizers to cancel the events, however.

With COVID-19 restrictions easing, Berghain began reopening with a pair of outdoor parties in its garden area, Klubgarten. Proof of vaccination was required for both shows.

The event will feature performances from Ostgut Ton artists such as Paramida, Avalon Emerson, KMRU, and others. For more information head to Arte Concert’s YouTube Channel.